Carl Larsson who is that - sadly Europeana doesnt know --> #Metadatadebt

The problem: We asked Europeana show me the painter Carl Larsson link. Response is both the painter and another person a photographer..... i.e. Europeana cant understand the difference of


Can we trust Europeana metadata or is it fake metadata?

This is an example of Metadatadebt because of text strings matching of entity names --> the result is a database with very bad search precision and a lot of noice and not being trustworthy.  One reason of having good linked data is to uniquely identify a person/place/organisation/concept also if the names are the same. Not caring/understanding this makes the data more or less unusable and I as an end user cant understand what is presented. In this case its a persons givenname "Carl Larsson"
that is assumed to be unique. As both Carl (also spelled Karl) and Larsson is on the list of the most common given names and surnames in Sweden its like asking for problems not using Linked data and the 5 star open data i,e, link your data to other data to provide context..... NOT send text strings...

The cost of very bad metadata and creating new #fakemetadata 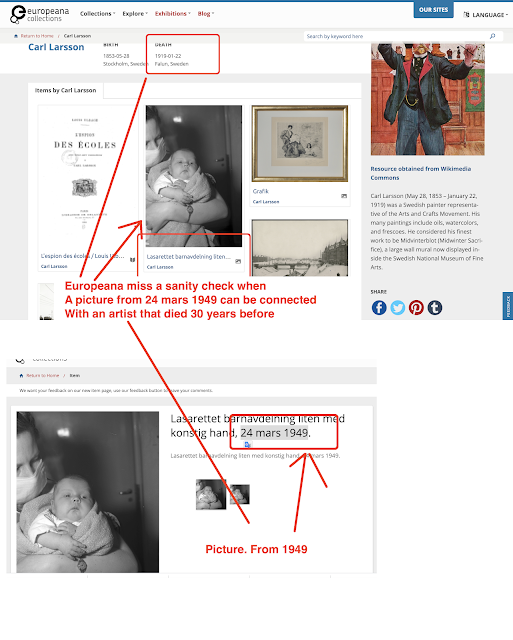 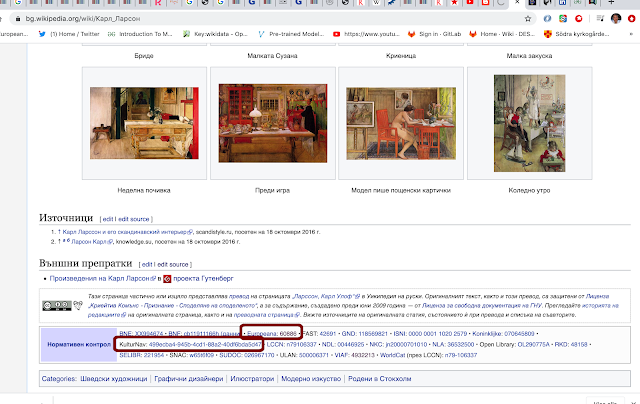 
Structured Data: How can GLAMs grab the low hanging fruit? Antoine Isaac of Europeana about the simple linking they do 2015 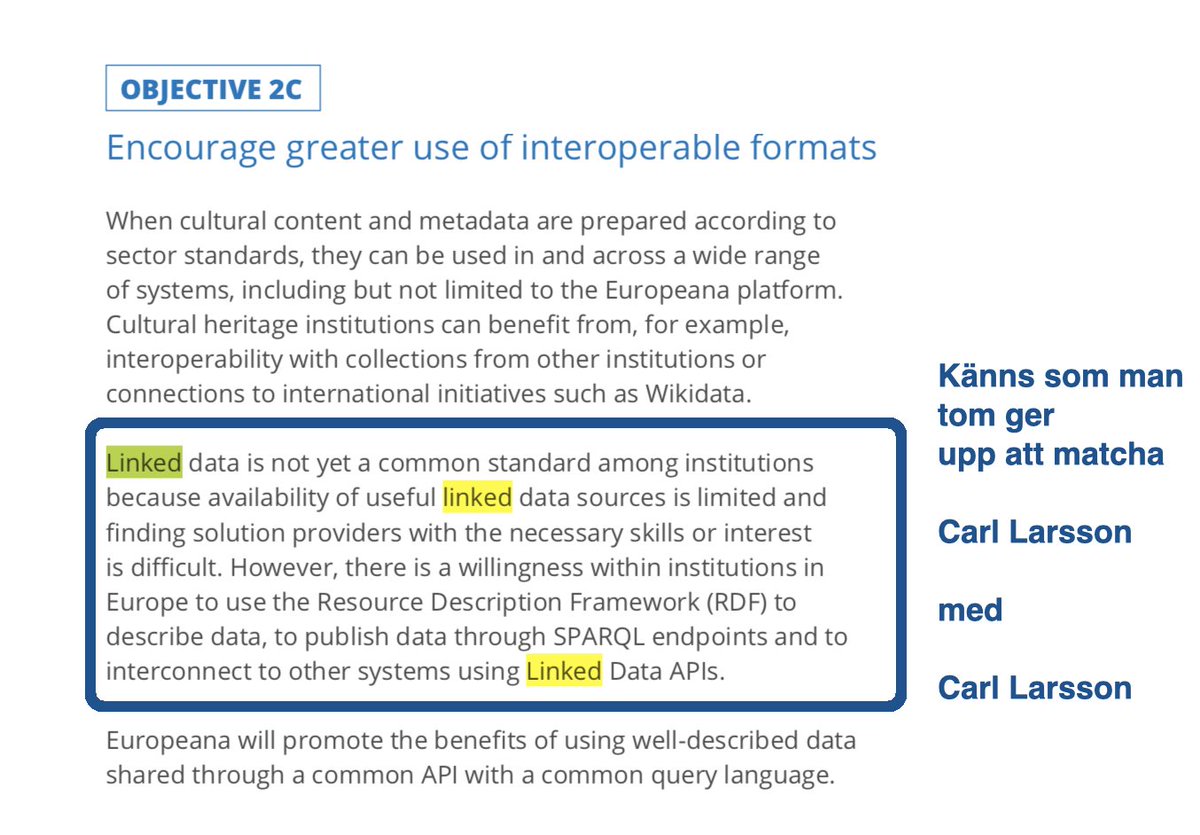